A few shots of our daughter's  UWS neighborhood as we headed out yesterday... 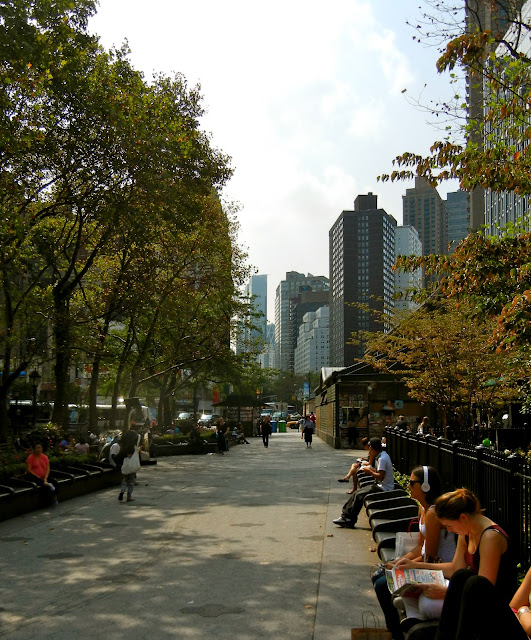 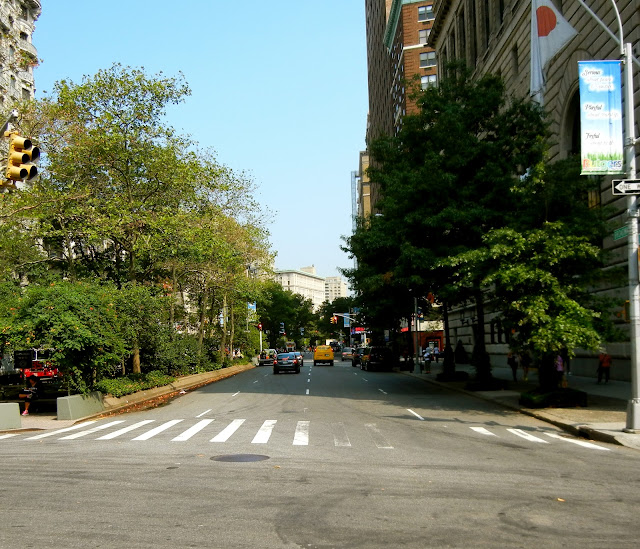 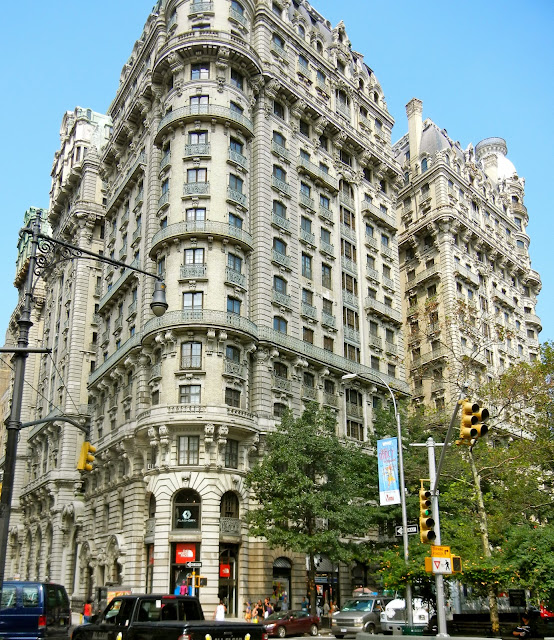 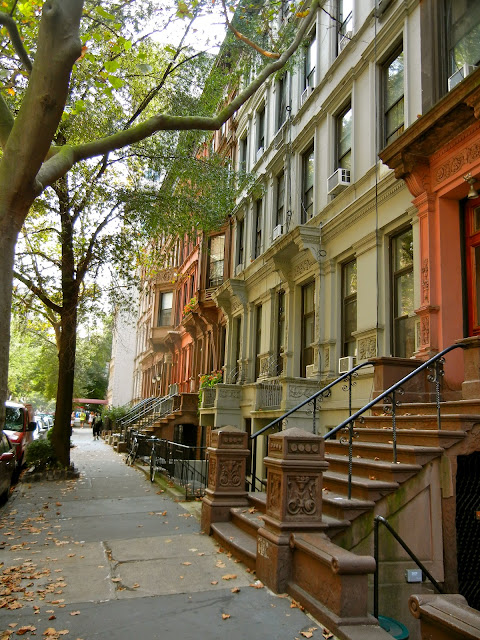 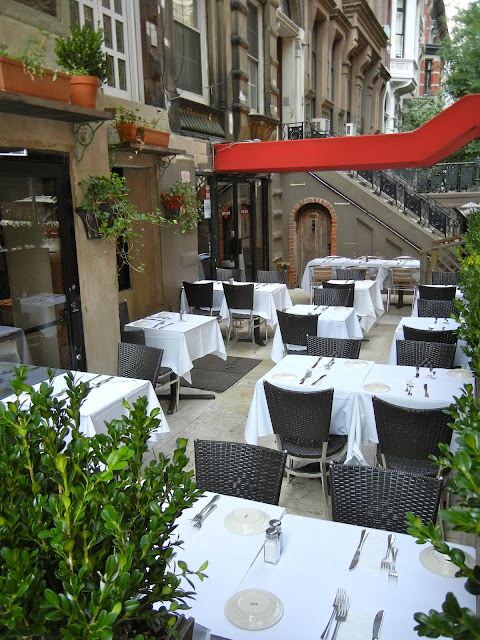 to the Upper East Side to check out the exhibit of Yayoi Kusama, a wacky Japanese artist who lived in New York in the 1950's, at the Whitney Museum that is being shown through September 30, 2012. 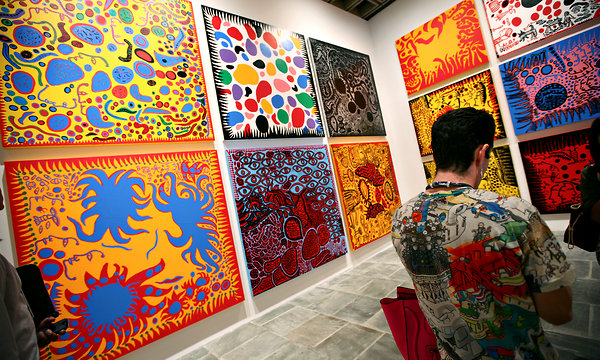 We then explored some of the Madison Ave shops 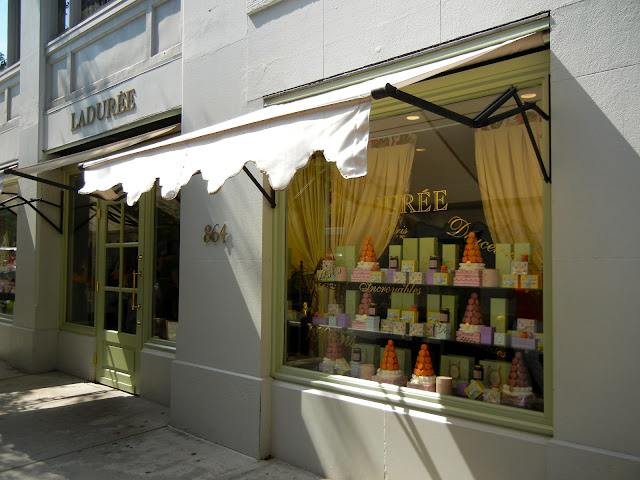 Starting to see bike rentals like other cities but I would be afraid to ride in New York unless in Central Park. The crazy traffic requires the rider to be too aggressive. In London, we were able to get around the city through the parks and the wide sidewalks along the Mall. 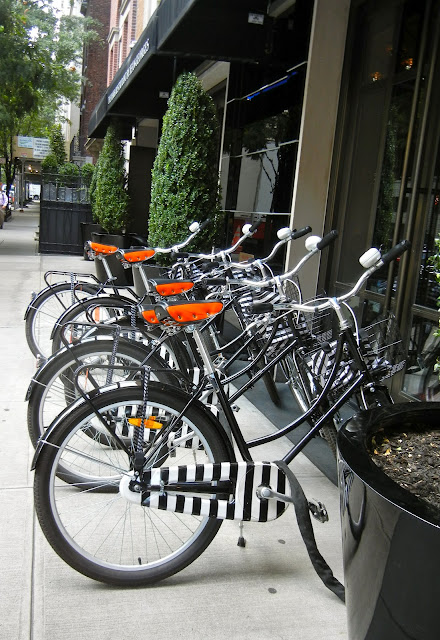 Can you believe this is a new building? Ralph Lauren built it to to complement his men's store across the street in the old Rhinelander Mansion. 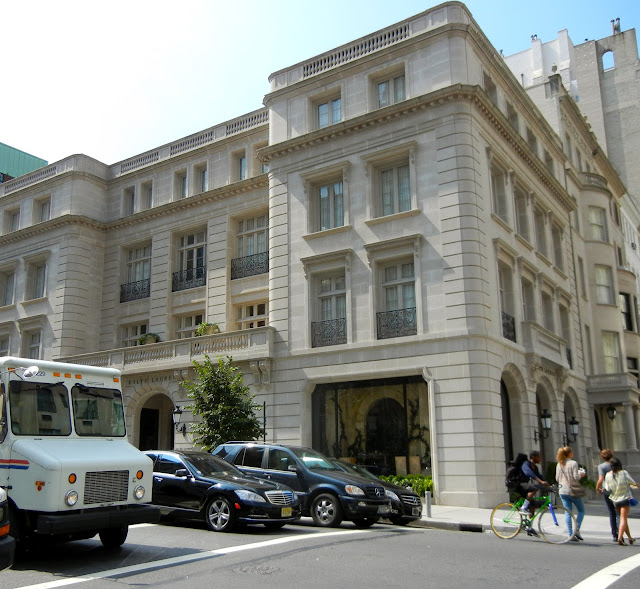 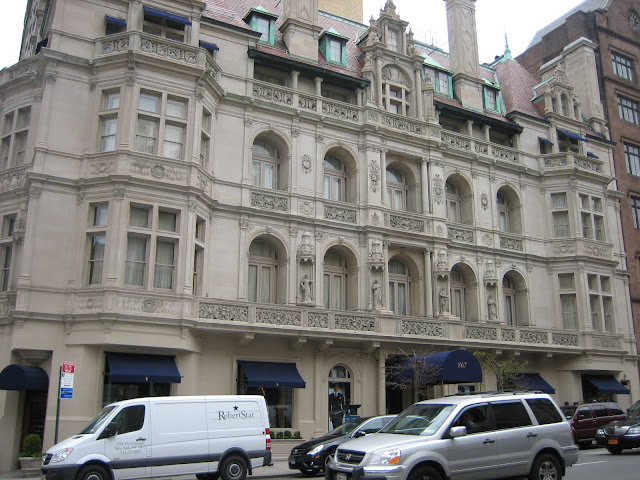 We wanted to stop for a drink at Bemelmans Bar in the Carlyle but HBO was filming scenes there for my daughter's favorite new show The Girls so we stopped into Bar Pleiedes in the Surrey Hotel instead for some little warm madeleines. 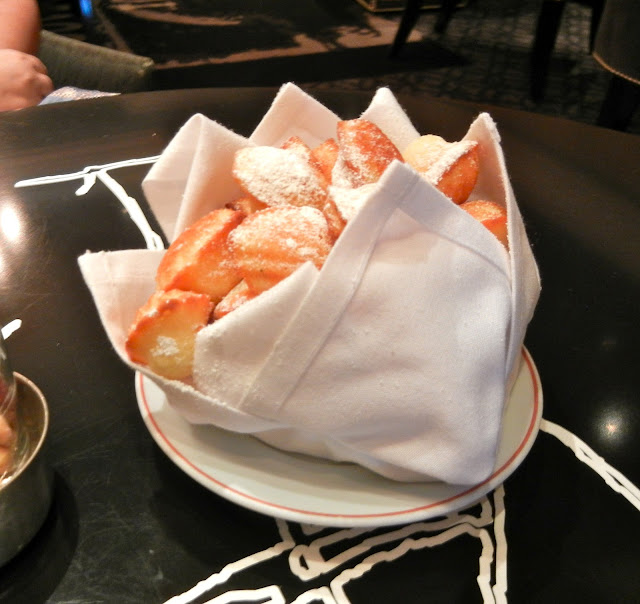 We then headed to the 76th Street entrance to Central Park and made our way back to the UWS. Asters were in bloom. 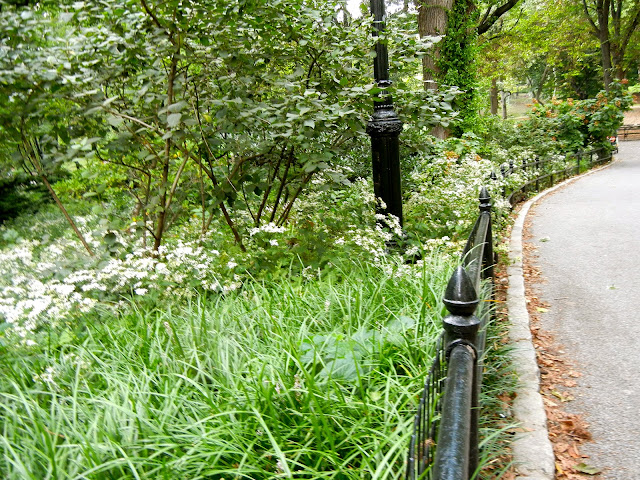 Kids love to climb on Alice. The mushrooms have beautiful patina from all the little feet. 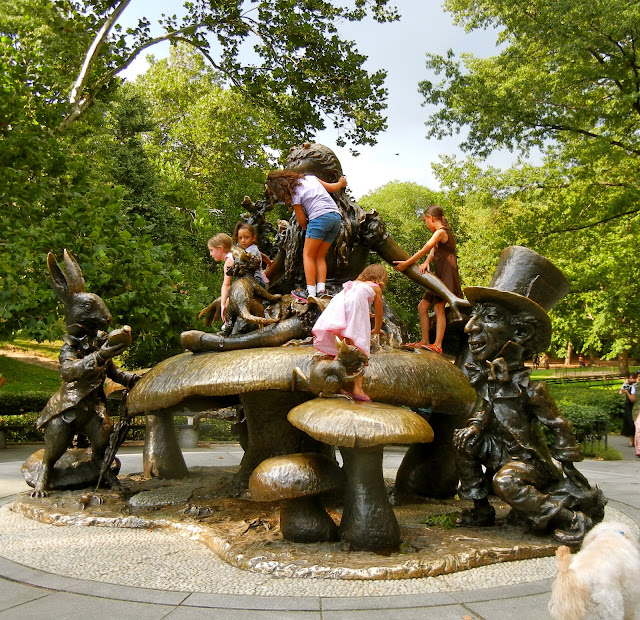 The Sailboat Pond, only a few on the edges today. 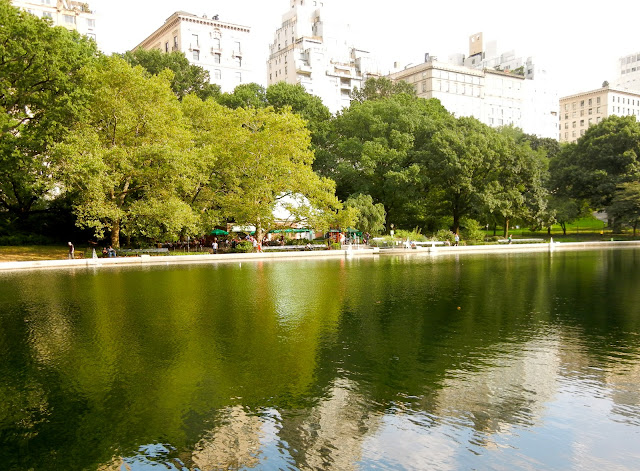 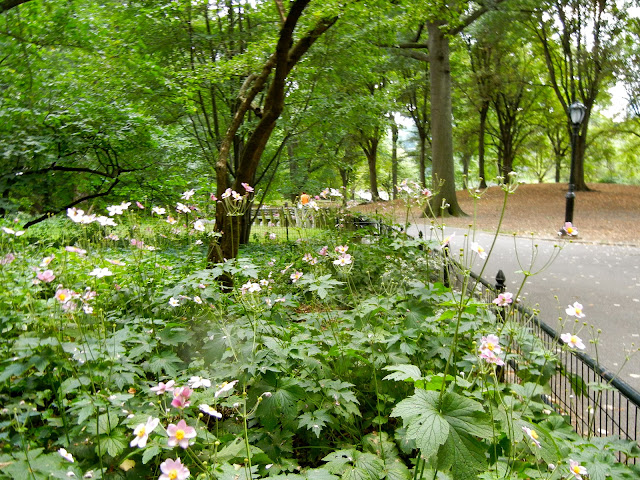 The Boathouse is fun place for  a meal on the covered patio. Ate here on a previous trip and enjoyed it. 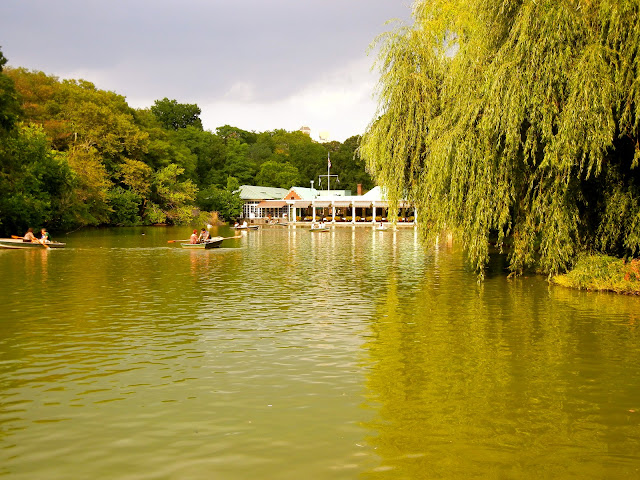 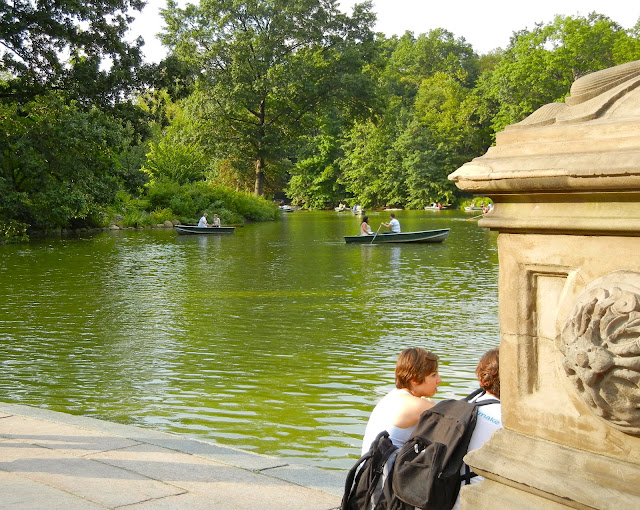 Bethesda Fountain with lotus in bloom. 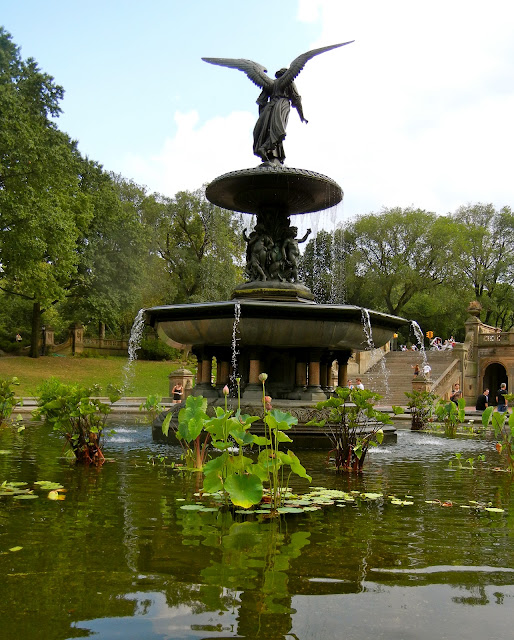 Western part of The Lake with Central Park West buildings in view. 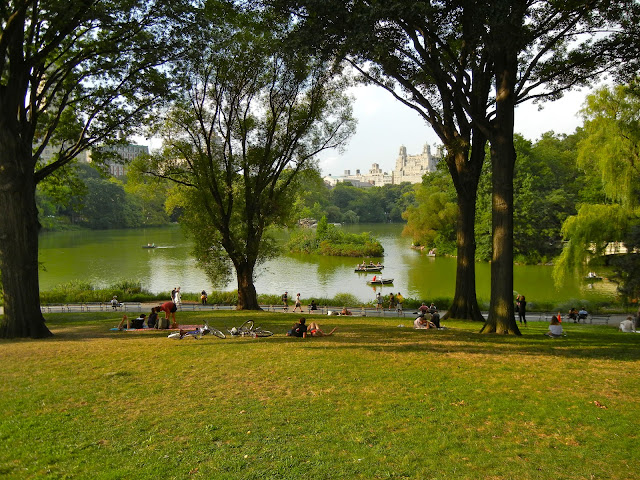