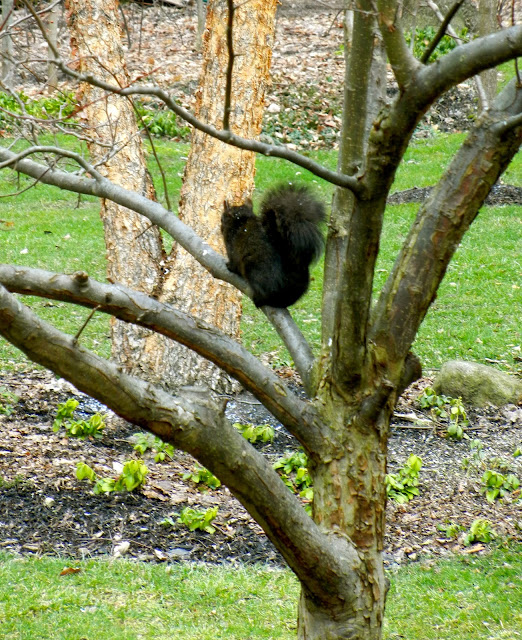 We see black squirrels every day in our yard. After we moved here 12 years ago, I was curious to learn more about them as I had not seen them in southern Ohio.  They are found in pockets of the US, Canada and Britain, usually not native to those areas. They are a genetic variation of the Eastern Grey Squirrel. 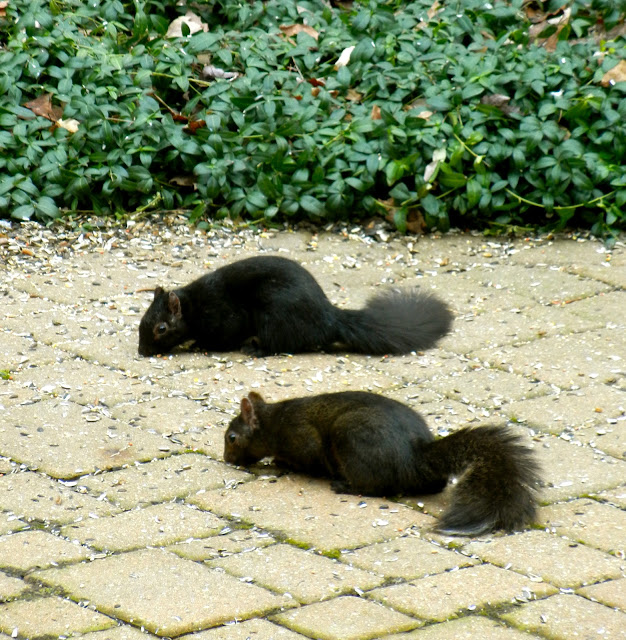 The black squirrels in our area of Northeast Ohio are descendants of a group of ten that were imported from Ontario, Canada in 1961 by either a Kent State University grounds supervisor or a biology professor or perhaps both working together, stories differ. We live 30 miles north of Kent in the southwest corner of Geauga County, Ohio. 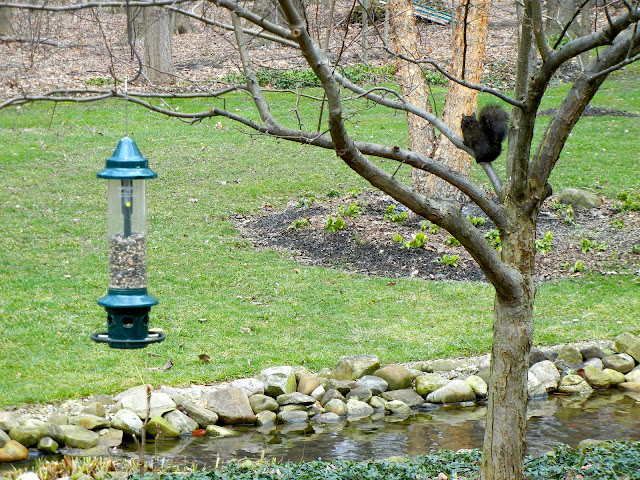 We see them below our squirrel proof feeder more often than the Eastern Gray squirrels or the occasional orange tailed Fox squirrels. They are dominant in personality to the other two, they seem to be smarter and more aggressive. Not sure if this is considered fact or just my observation. 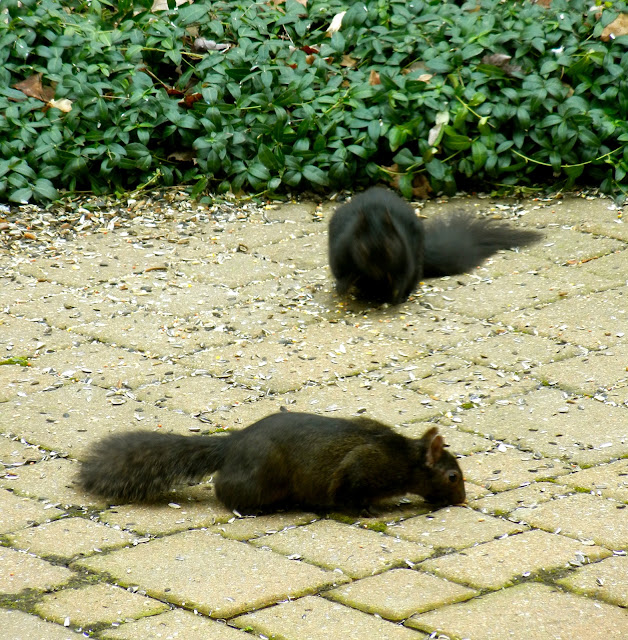 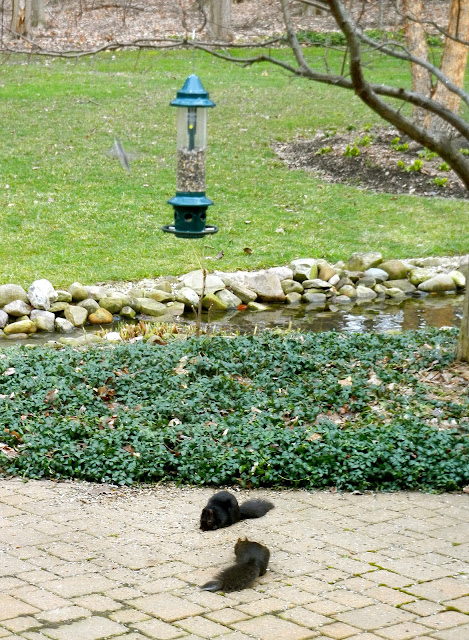 We recently saw a little black squirrel in the snow of a Ponderosa Pine forest in Breckenridge, CO that I think was an Albert's Squirrel. I was not able to get my camera out in time before he scurried away but he had pointed ears. They look like this... 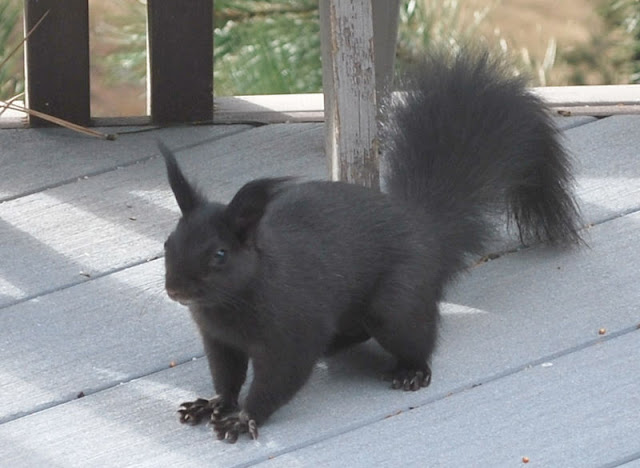 Do you like squirrels? I think our yard would be so boring without them. I love seeing life and activity around our feeders. Do you have black squirrels where you live?