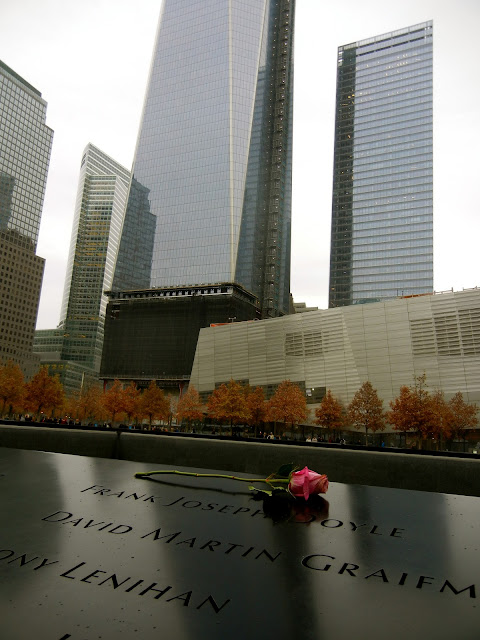 Here are a few shots of our visit last weekend to the sad place that is the 911 Memorial. A week earlier, it had been under water but all had receded when we visited. There were still a few high rise basements being pumped out in the neighborhood. Other than that, it was difficult to see that anything unusual had taken place. 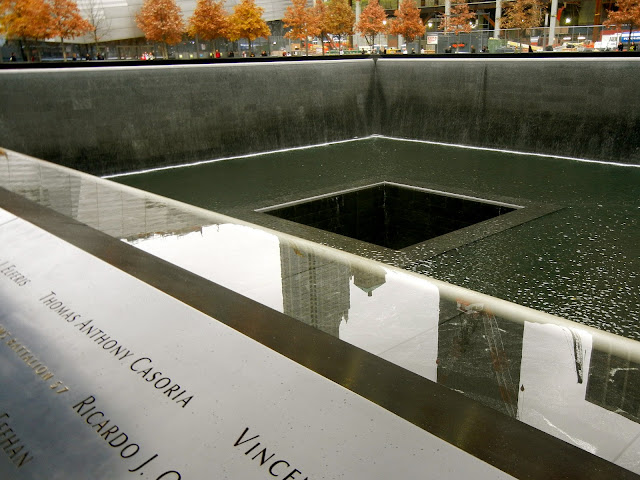 The simplicity of the design is very striking. Two square pools in the exact footprint of the two towers with 30 foot waterfalls on all four sides. A museum that sits at an angle (you can see it past the line of trees) has not opened yet. 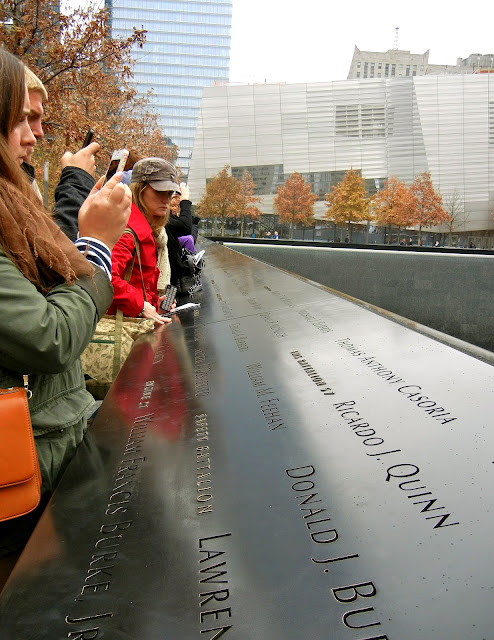 Names of the victims are inscribed in bronze around the perimeters of the pools. It was poignant how people were behaving as they toured the grounds. Some were laughing and carrying on in groups, full of life. Others were somber and stone faced. A mother that we crossed paths with several times with was telling her children the story. Each time we passed her, I overheard her telling them "Grandpa's friend named.... died here, Daddy's friend named.... died here, he was at work." etc. Her young children quietly listened. 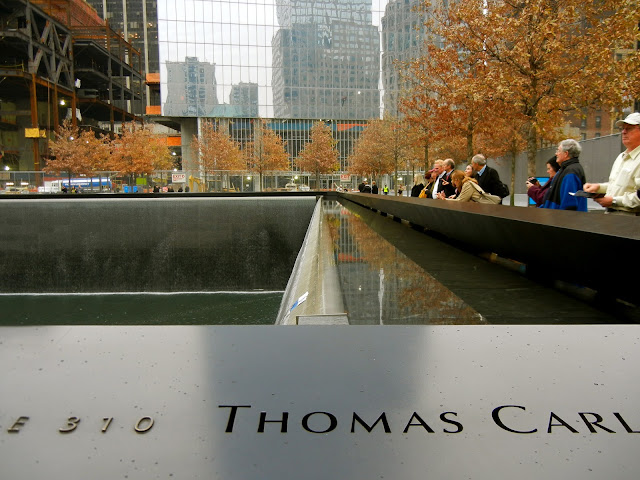 This group of firefighters came as a group and asked us to take their picture, it was quite touching. 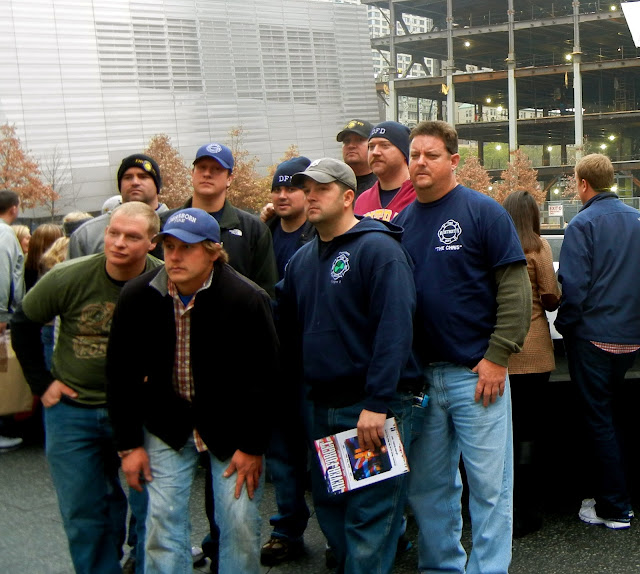 1 World Trade Center is the tall building. It was designed by David Childs. It will be the tallest building in the Western Hemisphere when it is completed. It is an elegant design and like its predecessors, can be seen from miles and miles away. 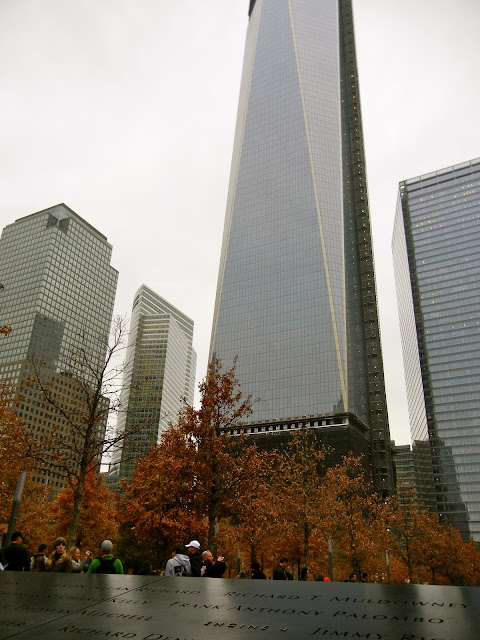 The victims names are purposely juxtaposed with the names of their friends and colleagues they were with when they perished. 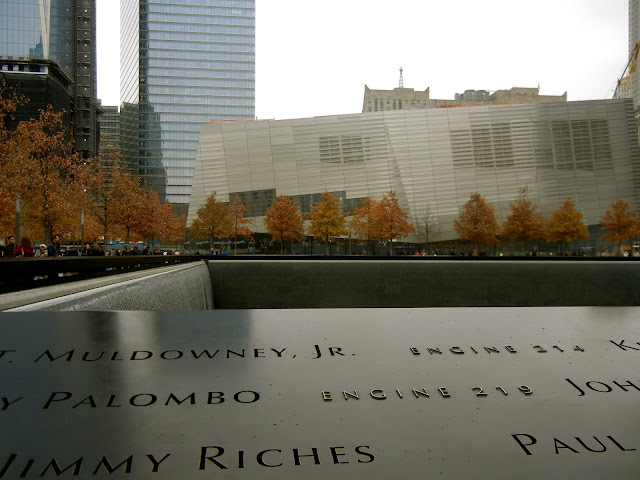 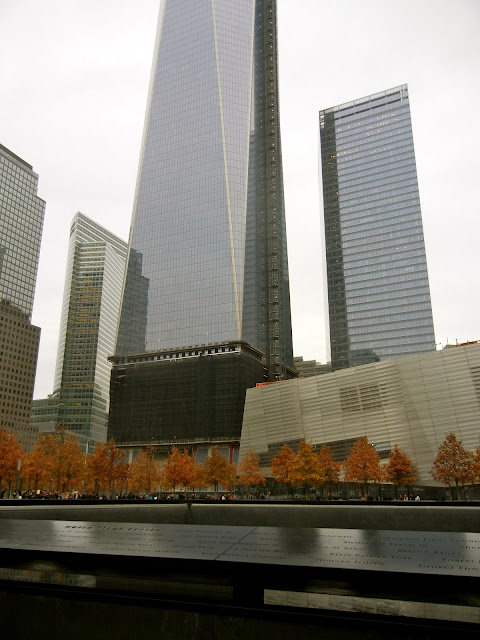 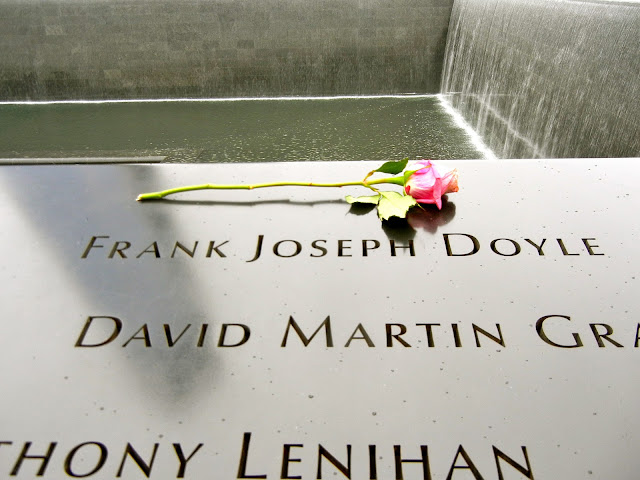 Thirty foot waterfalls on all four sides of the pair of identical pools descend into a square void in the center of each pool. The sound of rushing water is loud enough to muffle conversations. 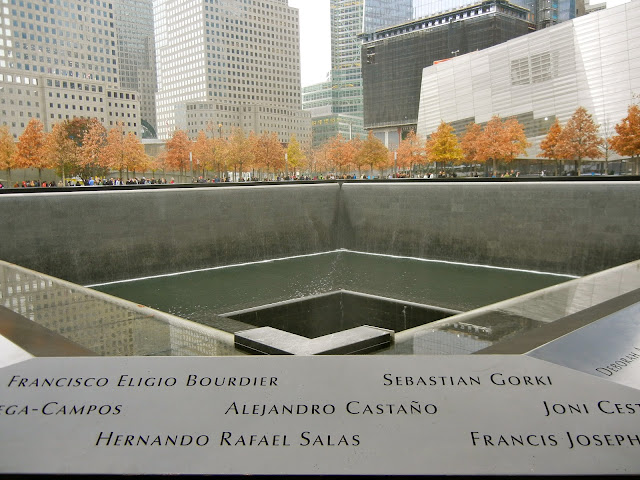 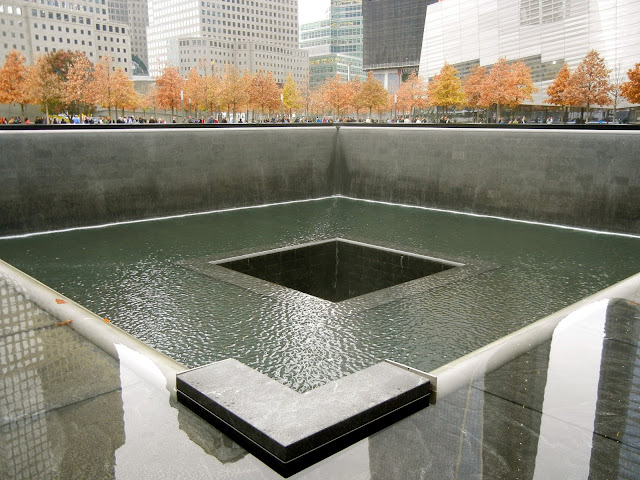 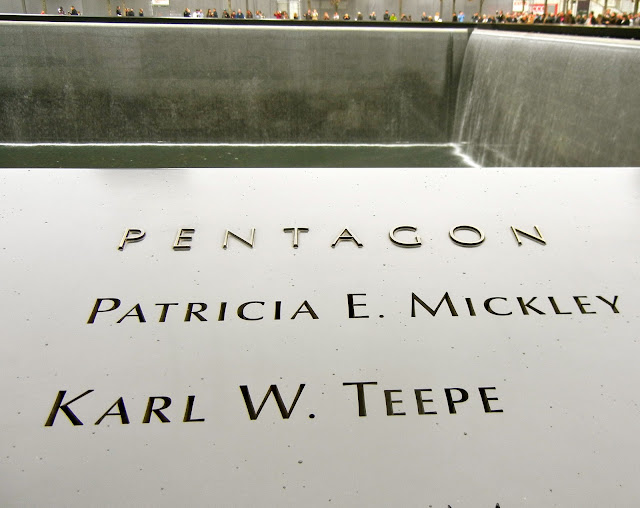 There is construction of several other buildings that will flank 1 World Trade Center to complete a complex along with the 911 Memorial Museum. 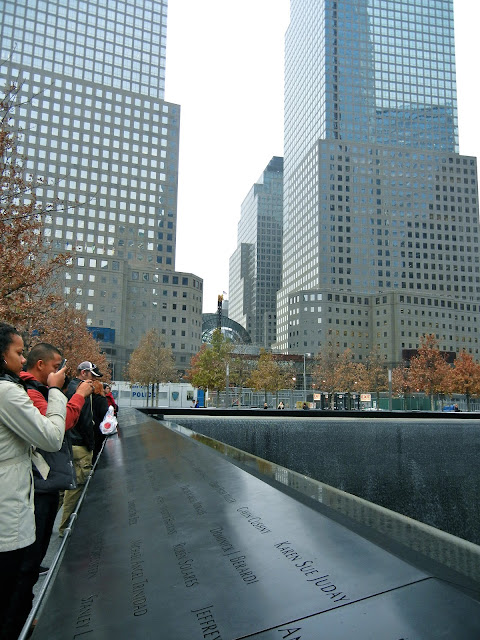 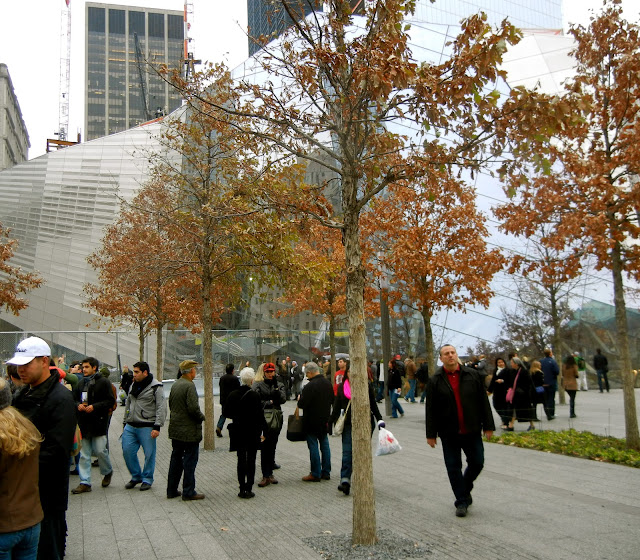 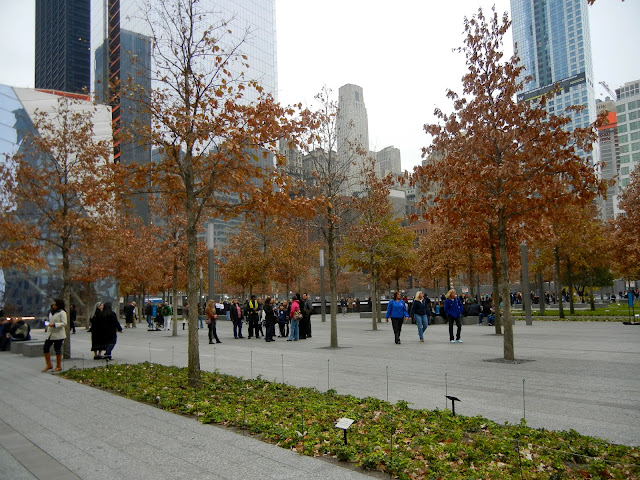 Every tree on the Plaza is a Swamp White Oak with the exception of one, "the Survivor Tree". It is a Callery Pear tree that was planted on the World Trade Center site in the 1970's. It survived the wreckage of 911. Workers moved it to a NYC park where it grew to 30 feet. A spring storm in 2010 uprooted the tree. It was moved back to the original site on the new plaza in December 2010 and is now taking root with the help of wires. Veterans have hung yellow ribbons on the tree. 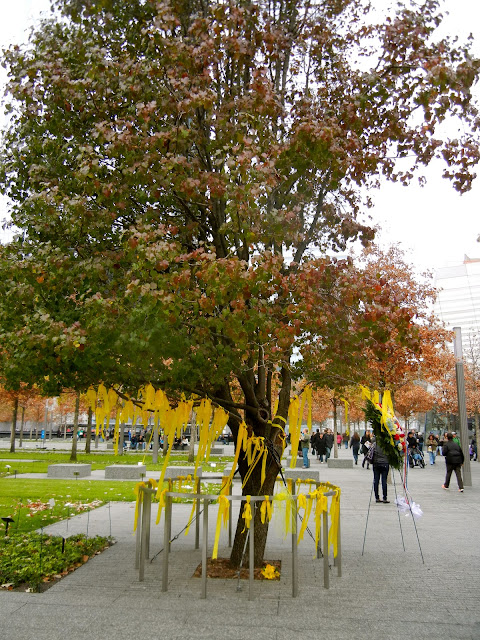 Posted by Cindy @ a curious gardener at Wednesday, November 14, 2012